They can be see seen hiding in muddy holes on the slopes of many Scottish sea lochs - often at rather deep and dark depths. This one was only in about 15 metre depth with its a burrow just below a rock. 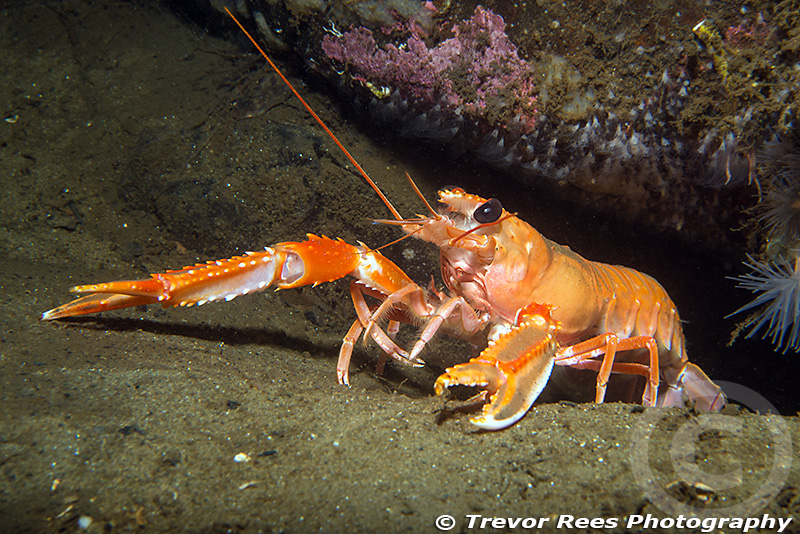