The scene shows one lobster emerging from its hole in the mud to be met by another one... a nice example of fighting behaviour.
This shot was taken on a very dark dive to 30 metres on the fine mud of the fjord slope. 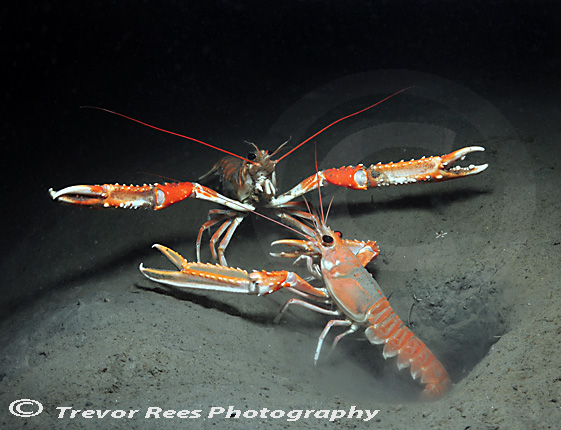